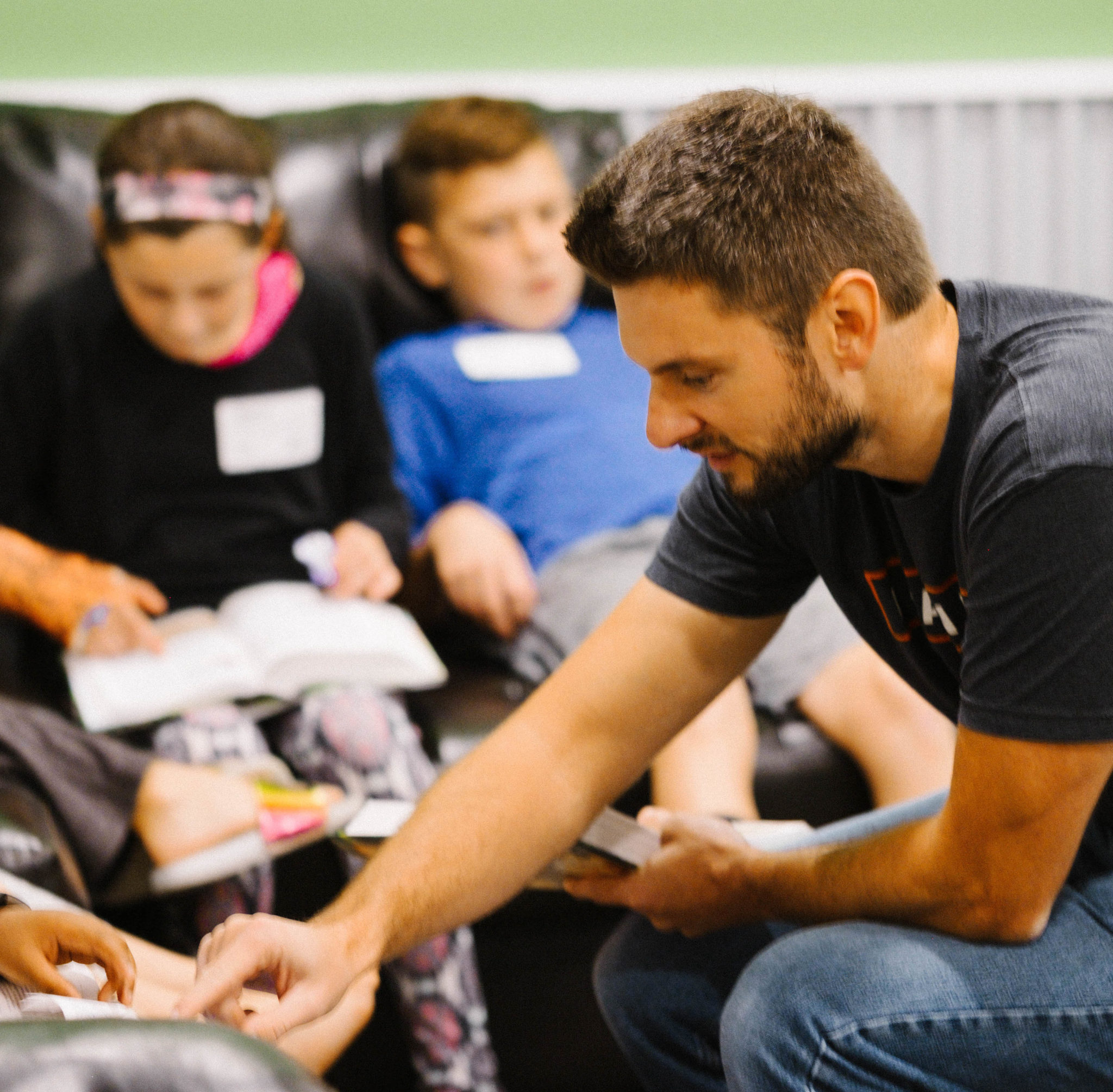 30 Jan Getting Over Overcommitment

If there were a word to describe Stephen’s teen years, it would probably be “overcommitment.” The son of a pastor to a huge church in Tennessee, he felt a lot of pressure to fill the church’s serving needs when it wasn’t school hours. “It was exhausting. Our church had Sunday morning [and] evening, Monday evening and Wednesday evening services,”  says Stephen, “It was every week. I was doing media, running a camera, working with the lighting. I was always doing something. It was a lot.” He knew he was being helpful, but the load still took its toll. “I got burnt out after a while,” he says.

Fast forward many years later, Stephen, his wife, and his two children moved to Weymouth, MA and began attending Grace Church. While he was happy to attend services, he intentionally avoided joining a service team at first. Each time he thought about serving, he remembered the feeling of burnout he experienced as a teenager. “I was hesitant to get involved, to be honest,” says Stephen, “I grew up in the church. I was always working at the church and it always felt like work.”

When Grace Church opened up a second, smaller location in Braintree, MA, Stephen and his family were excited about a location closer to their home. In their excitement, they began to desire to connect with people a little more. “It was a catalyst to get us serving,” says Stephen, “It was a good fresh start.” He recalls a conversation with the Grace Church Braintree Kids Director, Nicole, that got his attention. She shared that men are only half as likely to serve in children’s classrooms as women during weekend services, even though there was just as much of a need to have male figures as teachers.

Stephen says, “Right as soon after that conversation, I was sold on it. I knew that I wanted to help. I have two kids. One of them is elementary age. I like elementary age because I can really have significant spiritual conversations with them.”

But as a photographer by trade, he had some doubts about his ability to teach. “I’ve never been a teacher,” he says, “So I was a little nervous about that.” His doubts began melting away as soon as he got started. “The curriculum is so easy to follow. Nicole showed me how we do everything. She is really helpful and if I have any questions, she’ll come in and make sure that I have everything I need. [I] felt comfortable right away.”

Because of the flexible scheduling at Grace Kids, Stephen can serve at just one service every other week and can still attend a service with his wife on the weekends that he teaches. “That was really important because I wanted to be able to sit in service with my wife and be able to experience church,” says Stephen.

While Grace Kids classes are filled with fun songs, engaging activities and silly games, if you pay attention, you will also notice life change happening with each new wave of kids. “At the beginning, the prayer time was not very interactive. The kids wouldn’t talk or say very much. Maybe they hadn’t even prayed before,” says Stephen, “But now, I feel they are much more comfortable to share and that’s great. We will actually write down the kids’ prayer requests and then look back weeks or months later.”

He describes one experience that stands out in his memory of a girl who asked for prayer for her friend who was sick and in the hospital. The same kids that were once quiet around prayer time not only prayed for the little girl, but also took it a step further by making a video to tell her about it. “They all participated. Some kids felt like they were good dancers, so they danced. Some kids felt like they were good singers, so they sang. Some were a little more shy so they wrote a notecard and wanted to read it. God gives us all different talents and abilities,” says Stephen. He shared the video with the student’s mom who sent it to the little girl in the hospital. “That was a really cool experience,” he says, “A happy video to uplift her.”

These days, Stephen is eager for the times he gets to serve with Grace Kids each month, a far cry from the feelings of dread or exhaustion he used to associate with serving. “It doesn’t feel like a job at all. I am very excited to serve,” he says, “I am not perfect and I’m not the best teacher for sure but I’m doing the best I can, and there is a lot of help and support right next to me if I need it.” He continues, “Seeing them grow and seeing them more interested in faith in God and asking hard questions and trying to figure out how to answer them, it is all very fun and interesting. I like serving now.”

Interested in becoming a part of the Grace Kids team? You can get started here!