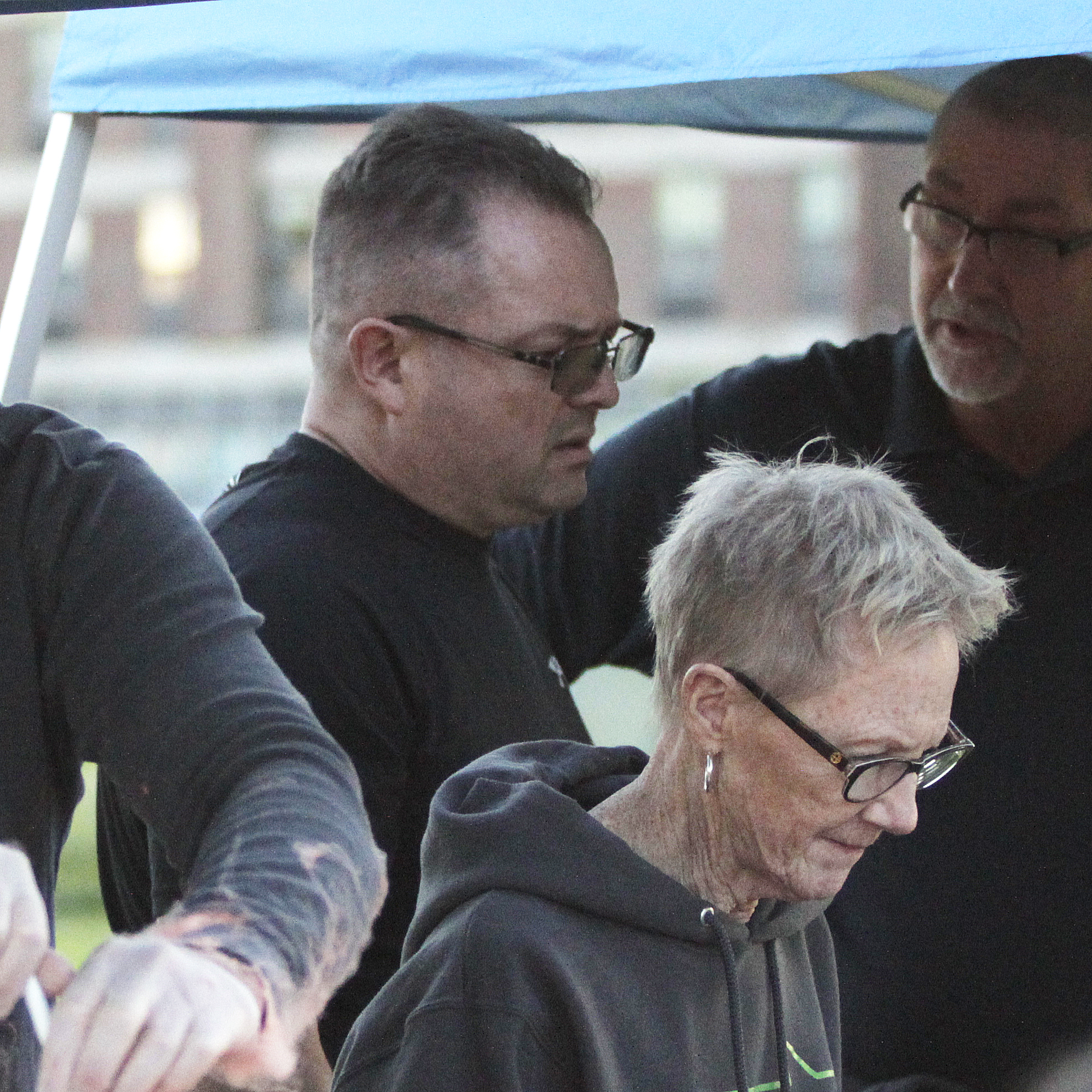 Tony seemed all set in life. He and his wife Kim had five healthy, active kids, and the family attended religious services each weekend, following the rules they were taught there. But for Tony, nothing quieted the nagging feeling that there was a next step to take. He just wasn’t quite sure what it was.

As the feeling grew stronger, Tony decided to open up a Bible. There, he read stories and accounts of Jesus’s life, and started to realize that attending church services and following the rules did not mean he was automatically fulfilling God’s entire purpose for his life. “It took me until I was in my forties to understand the simple message of Jesus: “Love God, love one another, and then go out and make disciples [followers of Jesus]. I realized that responsibility as a Christian,” says Tony. He continues, “[We were] spending precious time and money, inwardly focused. It was draining.”

Not long after, their neighbors Joy and Jim—who had been praying for his family for 15 years—invited Tony and his wife to join them for a service at their church, Grace Church, as they had done many times before. This time, Tony and Kim finally decided to try it out. Though service felt different from the strict religious services he was used to attending, he was surprised to hear stories from the Bible in depth, and to learn backgrounds and backstories he had never heard before.“You learn a lot about the Bible here,” says Tony, “All the dots are connected.”

Before long, Tony and his wife were attending weekly.

Then Tony heard about smaller weekly gatherings of people from Grace Church around the south shore area, called Life Groups. They aimed to help people personally discover their next step toward living out God’s purpose for their lives. It sounded exactly like what Tony was looking for. He and his wife joined one. Each week, their life group together explored areas where each person could grow in their faith and areas where they were strong: “You soon discover we can learn from each other,” says Tony.

As Tony continued learning more about himself each week, his next step in carrying out Jesus’ message was starting to become clear. While he was already pretty good at loving God, he could stretch himself in the area of loving others—specifically through serving. Sure, he and his wife had put countless hours of work and energy into their family’s schedule over the years, “serving our kids’ extra-curricular activities,” as Tony puts it, but he says he started to realize that type of serving was not fully fulfilling, and that God had additional plans. So when he and his wife were approached with the opportunity to take their next step and lead a life group of their own in their area, Tony and Kim, both natural leaders, said yes. “God decided it was time for us to use our gifts for His glory,” he says.

While it was an adjustment at first for the family to add serving to their busy schedules, Tony and Kim were motivated by meeting other people’s needs. “If things are done for God’s glory, He gives you the strength to do it.” says Tony, “I knew that a life group was needed closer to where I lived. A lot of people would join a life group if there was one closer. By prioritizing and putting [serving] first, everything just became part of the family’s weekly schedule and nothing is taken away from other things.”

Tony quickly began to see serving others—particularly through life groups—as a crucial part of his life. “[It’s] very important to me because lifelong relationships are cultivated in my living room,” Tony says. He recalls how close some friends within his life group had grown—so close that even when one couple moved on to start their own life group, their little boy would still spot Tony in the hallways of Grace Church and run to him for a hug, as if nothing had ever changed. “People still recognize each other and give hugs,” says Tony, “That’s where Christian church families are born: through fellowship [relationships].”

Before long, Tony and Kim started noticing their kids catching the serving bug too. Their eldest daughter Eva became passionate about Grace Kids, where her two little sisters attend classes, and began serving as a kids assistant. Their son Nicholas discovered an interest in technology and joined the audio team, and their other son Anthony gets up at the crack of dawn on Sunday mornings with his diesel truck to haul equipment for Grace Church Bridgewater’s temporary setup at a high school. “Kids learn by example,” Tony says, “and when they see parents who are passionate about serving and following Jesus, it makes it easier to get them involved.”

Even Tony’s friends have started to notice that Tony’s family and their life seem different. Now he says he is regularly asked about God. “At first this blew me away,” he says, “but then realized that people are really hungry for God’s Word.” He is happy to share his experience with other people who are searching for their next step, just like he was, years ago. “I’m still new at this but I use what I know,” says Tony.

Years ago, when Tony discovered Jesus’s simple message to love God, love others and to make more followers of Jesus, he probably never would have guessed that in the process of loving others through serving, he would experience so many organic opportunities to help his friends and neighbors know and follow Jesus. When asked what’s next on his faith journey, Tony says, “I don’t know what’s next but I can hardly wait to see!”

Have a story of how God has worked in your life? We’d love to hear it! Share with us here.

Interested in helping share the stories God is writing in people’s lives within our church family? Our writing team finds and tells stories of life change at Grace Church. Start a conversation with us today to learn more.