A Picture of God’s Love 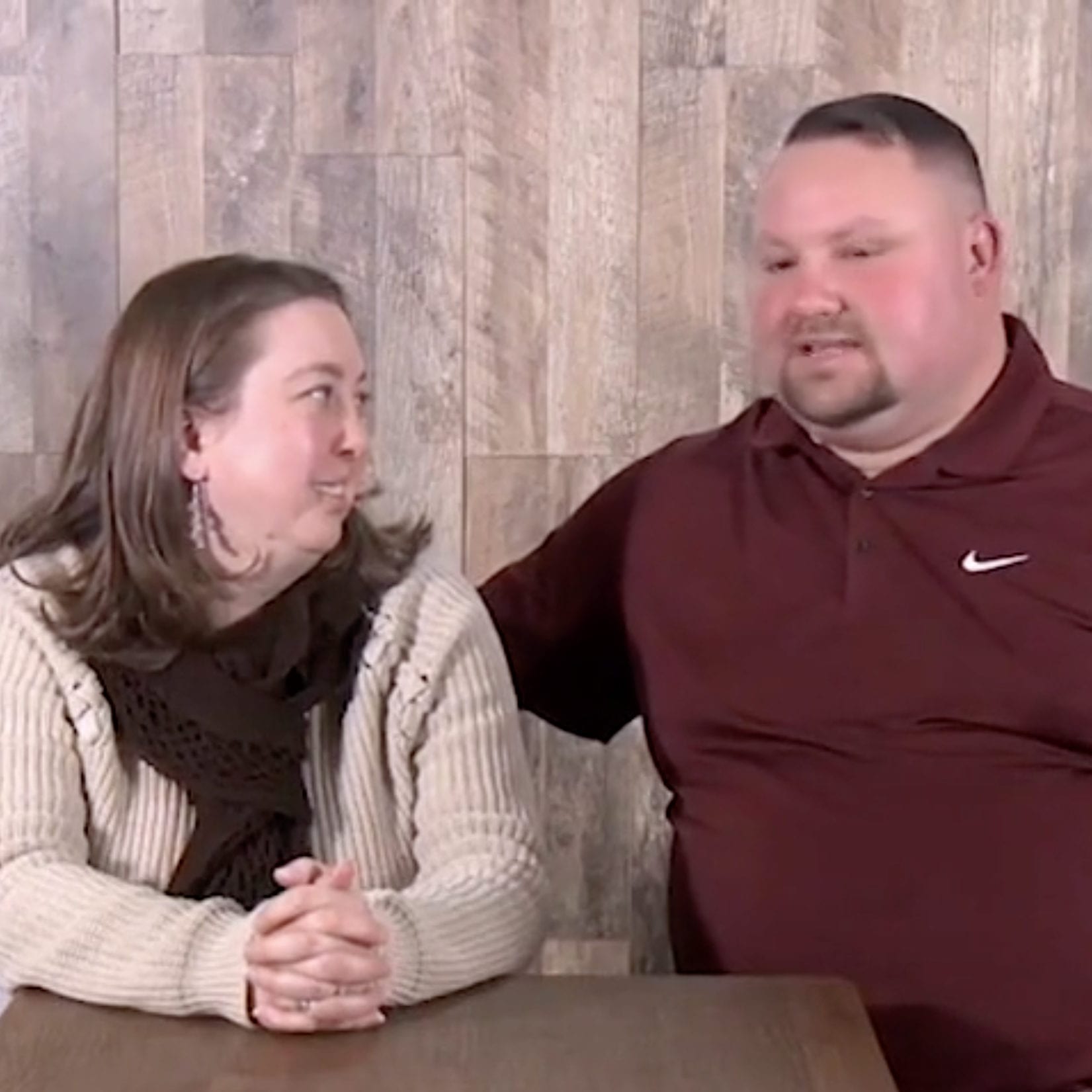 14 Mar A Picture of God’s Love

Posted at 19:20h in Stories by Staff Writer Kristin Crawford

Bryan met his wife Stevie when they were both 18-years-old, working at an air conditioning company. “We hit it off real quick,” says Bryan. They soon began dating and within a year, they had their first child, a little girl named Lindsay. Stevie felt a mix of emotions. “Becoming a mom was terrifying but exciting at the same time,” she says. Bryan, however, didn’t share any of Stevie’s excitement and instead threw himself into his work, putting in nearly 90 hours a week. “I focused on that, and that’s all I really cared about,” he says, “I wasn’t a great dad. I didn’t like children. They annoyed me.”

Meantime, Stevie began to dream of a little sibling for their daughter and would gently bring up the topic, only to be met with swift opposition. “[Bryan] would be quite harsh sometimes. There were nights when I cried myself to sleep and he did not care. He was flat out, ‘NO! We are not having more children,'” says Stevie. Bryan says, “I was belligerent and would get mad about it. I would yell. I didn’t want to hear it. I didn’t want to lose any more of my personal time than I already had. I was not a nice dude. I really wasn’t. I wasn’t a follower of Jesus. It was just me being selfish. That’s what it was.”

Stevie began bringing the topic to God in prayer. “I [asked], can you please take this desire from me or change my husband’s heart? I began to feel totally abandoned by God. Yet now I can see, He had a plan all along.”

The two moved into a house and Stevie discovered a church about five blocks away. “Sometimes I would go with Stevie and sometimes I wouldn’t,” says Bryan, “We had one car so she’d leave me the car if I decided I wanted to go do something. She didn’t want to make me angry, so she would push the baby in the stroller and walk.”

Over time, Bryan’s attitude toward God began to transform, “I got to a point where I was listening to a message and I realized I needed to change my life and start following Jesus and devote my life to him. I gave my life to Christ. I was baptized the following month.”

Shortly after, Bryan realized his attitude about children was changing as well. “We’re sitting there in the church and the [kids] leader said she needed volunteers. All the sudden, I look back and my hand’s raised,” he says, “Like what? I’m volunteering to help little kids? But I did it. We led the games together a long time, and I enjoyed it. It was fun.”

Years later, Bryan, Stevie and their daughter Lindsay moved from their home in Florida to Massachusetts and began attending Grace Church. While Bryan now cherished being a father and enjoyed being around children and youth, the idea of growing their family was still not really on his radar. That all changed when he heard a message series at Grace Church about adoption.  “We’re sitting right in the middle of the auditorium,” says Bryan, “And at one point [the pastor] said, ‘You can’t change the entire world, but you can change somebody’s world.'”

Bryan immediately thought of his own dad. “He had a really rough childhood, physically abused, mentally abused,” says Bryan. His dad left home to live on the streets of Cleveland at 15 years old. Two years later, he was discovered by state workers and sent to live with a foster parent named Barbara until he turned 18. “This woman had such an impact on his life,” says Bryan, “She showed him so much love that he figured out how to be a dad. He was the best dad you could ever ask for. [I thought] If I can do that for one child, I knew that’s what we had to do. It went off like a lightbulb in my head, we need to adopt.”

He went home after church and brought up the topic with Stevie and Lindsay. “They were both on board right away,” says Bryan. For Stevie especially, this was the answer to prayers for another child she had be waiting for. “The Lord didn’t ignore me. Waiting out those years brought us something so beautiful I couldn’t have ever have anticipated,” she says.

As they pursued adoption, the family was introduced to a young teenager in need of a family, named Emily. “We read over [her profile]. We’re like, ‘Man, this girl does seem like she just needs a loving home.’ We had never even met her, we didn’t know what she looked like, but we felt this really strong attraction to her,” Stevie says. As soon as they met her, they knew she would be a fit good with their family. “We cared for her right away,” she says.

Emily officially became a part of their family at 14 years old, a transition which came with some challenges. “She had some struggles in school [and] with interpersonal relationships,” says Bryan. But over time, they have seen a change in Emily. “She’s much more open now,” says Bryan, “When she first came to us, she was on seven different medications. Five of them were some sort of psychosis medicine[s], and they were all interacting with each other. Her moods were very up and down.”

“We’ve seen so much more stability,” says Stevie, “I think so much of that comes to the sense of belonging and identity. We’ve got her to the point where there’s just one medicine that she’s on for her ADHD. She’s definitely settled down. She’s more relaxed.”

When asked if he would have still gone through the adoption process had he known the challenges it would come with, Bryan, the man whose blood pressure used to rise at the thought of children being around him, is very confident. “Yeah, I would!” he says, “Adoption is the best picture of God loving us here on earth. We [bring] them into our home to give them a chance in life, just as Jesus died to give us a chance in life, and He would do it again.”

Stevie adds, “Like Bryan said, it’s a picture of God loving us, not waiting for us to be perfect in coming to him saying we’re ready. He just showed us the love first. It’s absolutely worth it. I would do it again in a heartbeat.”